0
Home » Uncategorized » White Fanged Blue *itch. this refers to the sea from a sailors perspective.

White Fanged Blue *itch. this refers to the sea from a sailors perspective.

They will feel the pain of loss and enjoy the thrills of adventure. Mystery and intrigue will chase them through the pages; madmen, murder, and mayhem will entice them unabashedly onward.

You will feel the nervousness of youth as Leo sets out to get a job on the sailing vessel, Abner L. Bowdoin, and again later, as he experiences his first love. The readers will brush against the fears and tempers of men, feel the anger of tossing waves and blowing winds, and learn the economics of greed and fortune upon the sea. They will feel the pain of loss and enjoy the thrills of adventure. Mystery and intrigue will chase them through the pages; madmen, murder, and mayhem will entice them unabashedly onward.

Below is the Biography of my late Father. He was as salty as they come, Been around the world so many times he lost count. that was my old man. But the real hero is my mother who got this book published and stayed on the strand and raised two fine boys.

Art Edmond Ayotte graduated from high school in his hometown of Maynard, Massachusetts, the same year the USA was entering WWII.  In December 1941, Art walked to the nearest recruiting station in the neighboring town.  After three days of standing in lines, he was finally signed up. He had joined the Navy!

Art spent most of his Navy time in the Pacific where he saw action in the Coral Sea, Guam, Saipan, and the Leyte Gulf, earning seven battle stars along the way.

Art was serving aboard the USS Houston as a Boatswain mate; Battle Station on a five-inch gunnery crew when she was torpedoed. The ship was badly damaged and lay at anchor. When in tow by the USS Pawnee, she was torpedoed again. Most of the crew obeyed the order, “All hands Abandon ship without delay” but Art stayed on board with a damage control party in hope of keeping her float.  The ship limped along, but eventually, the short crew managed to return the USS Houston to the Brooklyn Navy Yard.

Art loved being at sea and knew his destiny was meant to be on the wide-open ocean.  Knowing this, he began studying for his Coast Guard license while on the USS Houston,in the battle bridge.  When the war was over, he headed directly to New Orleans to complete his studies.  After receiving his license, his first job as a ship’s officer was Second Mate.  His studies continued and at the age of twenty-seven, he became the youngest person to receive the blue-water Master license. This license would be renewed five times over the next decades and he traveled to many places as Chief Mate orMaster.

Art had many interests and read avidly while at sea.  It was during this time that he began to develop his dream of writing one of his lifelong interests was sail ships and the transition from sail to steam. He researched this period and spoke to many old sailors, gathering stories of a different time and life at sea.

He noticed a similar transition in his own time at sea.  He used his sexton and took star sightings by which to navigate the world. He would write letters home on his manual typewriter and, on very rare occasions, managed to get HAM radio operators to relay phone calls from around the world.  Ships would be in port several weeks to unload and reload. Seaman was able to travel nearby and see other parts of the world.  As the years went by, things continued to change.

With GPS, satellite communication brought automated navigation.  Phone calls replaced letters.  Rapid unloading and loading cargo meant no time left to explore the foreign ports.  They were no longer isolated at sea for months on end.

Art was reminded through the changes he had experienced in a previous era when sailing ships were replaced by steamships.  He was intrigued by this part of sea history and his dream of writing began to materialize.  From this, his historical novel, “White Fanged Blue Bitch” emerged.

In 1989, Art’s time at sea was done, with more than 40 years before the mast, he came home for good. It was a wonderful time as the family spent time traveling, attending historical events, and visiting museums.

Art passed away in 2007.  His legacy continues within his family and his writing.

Be the first to review “White Fanged Blue *itch. this refers to the sea from a sailors perspective.” Cancel reply 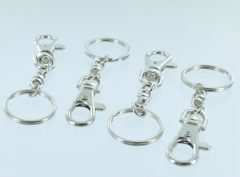 Key Chain Finding. Hand made in the USA 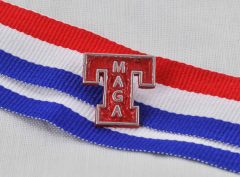 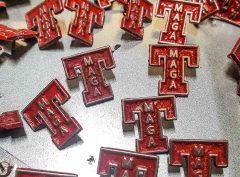 Big T MAGA pins made in the USA

You either love President Trump or you don’t. But whatever this will be a collector’s item. We are making them as fast as we can. 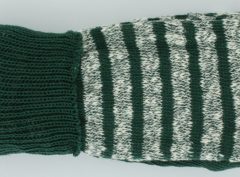 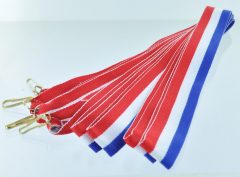 Bright and bold when added to an Award or medallion. Great presentation addition to show the award off. 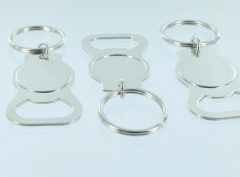 Bottle Opener finding. Hand made in the USA

Nickle plated Bottle opener with a split steel ring for keys etc.. we can attache your custom message to it and it being a useful and well-made item it will keep giving your message for years.